I’m surely not the only person who noticed that the creatures in A Quiet Place look like those pesky Demogorgon. Correct? Whether it’s the slimy, mucus-like texture of their muscular bodies, their uninterpretable language or their creepy AF mouths, I feel like Krasinski and Co. took some pretty explicit cues from Stranger Things.

There’s an alien feel to both monsters, but also something distinctly man-made and manufactured. Perhaps it’s the absolute unfamiliarity. Or the CGI.

That said, I’ve decided to devote my post, this Mother’s Day, to Emily Blunt’s portrayal of Evelyn Abbott, the Abbott Family matriarch who spends the entirety of the film protecting her children from harm. Evelyn, whose name I had to look up on IMDB, as it was never stated (or signed) in the film, is a powerful example of female fortitude in the face of extreme duress. She also demonstrates the earnest efforts of mothers, and fathers, to shield their children from pain, both emotional and physical.

“Who are we if we can’t protect them?”

I’m not a parent, and I view myself as quite a ways away from being in that position. Nonetheless, I felt a visceral, painful tug at my heart, but more like my stomach!, when I heard this line. It begs the question, what is the true responsibility of a parent? What unwritten contract does one undergo when agreeing to take on this role? Can one even imagine the magnitude of this ‘contract’ before one’s child actually arrives?

A Quiet Place strips away 21st-century problems, and plunges its characters into a desolate, silent world where even the sound of a shaking pill bottle may usher in a swift death. This is the extreme end of the parenting dilemma. Evelyn’s day-by-day shines a light on the neverending duty of the mother, magnifying what some find to be a societal imposition, what others find to be a lovely obligation, a hopeful promise, a lifetime imprisonment…

Whatever it is, being a mother seems really, really hard. It seems rewarding at times and devastatingly painful at others. It’s a role that’s so often taken for granted, especially when one thinks about the question implicit in much of how we define motherhood and womanhood – Who are we if we can’t protect them? 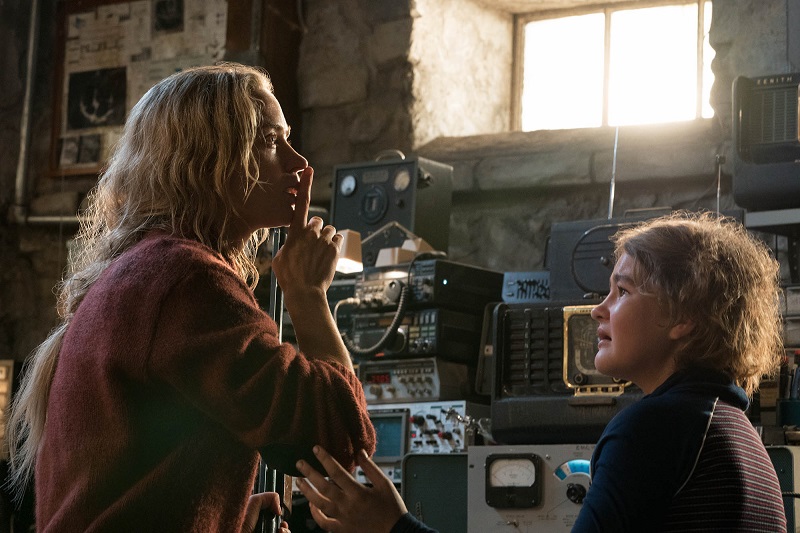 What tremendous pressure it is, to be a parent. To be a mother. One’s identity becomes wholly wrapped up in an expectation that is sometimes impossible to surmount. I’m so grateful for my own mother, who works diligently to keep me safe, without ever having let me know it as a child. But she’s just a human, as we all are. Except for the Demogorgons.

All things just keep getting better, and that couldn’t be more true about Netflix’s reboot of Queer Eye. I have managed to scarf down eight episodes in two days, and I […]
We Should All Be Watching Queer Eye

I visited Morocco back in December, and I’m still recovering from the absolute glory that was Marrakech and the Sahara. It’s a wonderful place to visit for adventurers, scholars and […]
My Marrakech Souk Shopping Guide
Loading Comments...
%d bloggers like this: