“Shall we dance?” Dun, dun, dun. That line always makes me want to put on a swishy,

noisy dress and be twirled around. I wonder why…

I thought the original “The King and I” was this animated movie I saw with my godmother. It was released in the late 1990’s, and I totally remember sitting in that theater. In particular, I remember that the popcorn was sort of cheesy— which I did not like. Popcorn at the movies, in my mind, should always be 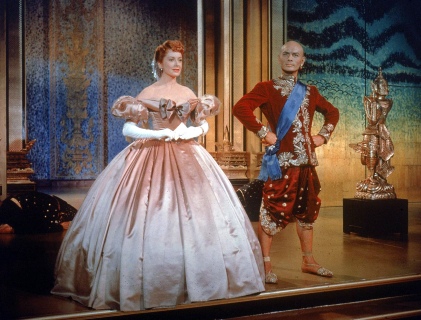 salty and buttery. Sweet or cheesy is an absolute no-no. Also, I refuse to go to the movies and not get popcorn. It’s all part of the experience! It’s like turkey on Thanksgiving, or
ham on Christmas…or Dominos on Saturday nights?

I realized, when Caroline and I embarked upon our exploration of the R&H Greats, that the REAL “The King and I” is not an animated film with talking elephants. Starring the 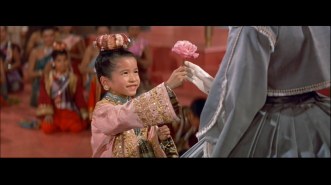 beautiful Deborah Kerr, as schoolteacher Anna, I do love this musical. It’s highly reminiscent of “The Sound of Music”— a naive, young woman educates a multi-wived King’s children. (Okay, a little different.) And that’s just the way I like things to be! After all, “The Sound of Music” is almost sheer perfection, if I do say so myself. 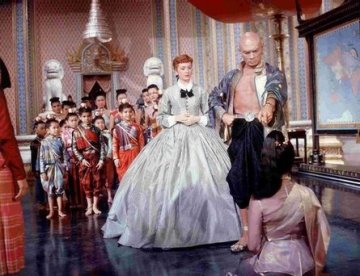 Compare “Whistle A Happy Tune”, from “The King and I”, to “The Sound of Music’s” “Doh Re Mi”, or even “My Favorite Things”. It’s interesting that “The Sound of Music” seems to resonate more with people. I’m sure if I polled a group of adults, they’d be able to recall way more songs from “The Sound of Music”. Interestingly enough, the film was banned in Thailand— due in part to R&H’s portrayal of the King, said to have been
inspired by the King of Thailand. 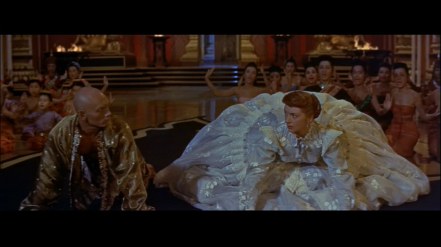 I think colonialism is glossed over in this film, and I have come to expect that out of R&H. One sees the same thing in “The Sound of Music” and “South Pacific”. I remember not being entirely certain, as a child, who the bad guys were in “The Sound of Music”. They don’t ever specifically call out Nazism, although the implications are there. Similarly, in “South Pacific”, it’s clear a war is going on, but which one is never explicitly mentioned.

“Shall We Dance” and “Getting To Know You” will forever be my favorite songs from this musical.