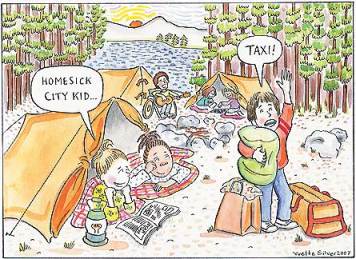 In honor of June 29th (11th Anniversary): When I was ten years old, my sister Haley, my best friend Caroline and I went to sleepaway summer camp. The camp will remain unnamed, because although my experience was less than fabulous, I do acknowledge that it is a good camp. Or at least, I do acknowledge that some people have gone to camp there and have enjoyed it. Just not me. Alas. 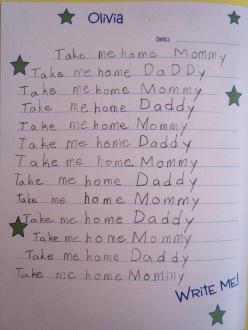 What can I say? I was one homesick, sick, sick chick. Even after Haley, Caroline, our moms and I went on a Maine Road Trip Extravaganza—checking out every all-girls camp to ever exist—I still barely made it through 3.5 weeks. (That is why the fact that 3.5 weeks is 24.5
days is engrained in my brain. Because I calculated. Sometimes to the hour.) You would think that a week of vetting these camps, (that are all virtually the same, and I will not have you girls that liked  camp tell me otherwise), would have given me some peace of mind

Within the first two hours of arriving at camp, I distinctly recall Caroline and I sitting on a large rock, talking about how this was going to be ‘very difficult.’ We were already extremely dramatic. Again, what can I say?  Visions of meeting my long lost identical twin began to evaporate. 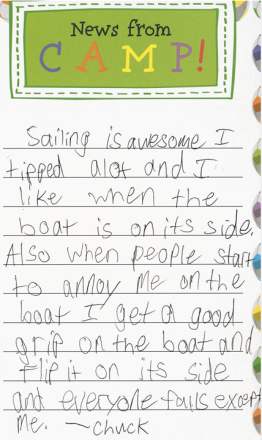 This experience was followed by many, many, many attempts to escape camp, including, but not limited to: a foiled running away plot, during which I actually did run out of the gates, only to panic about being murdered. A four a.m. mad dash to the camp office to call
my parents. A scheme to have Caroline’s parents, who lived in ENGLAND, pick us up. (Because the CT family had already said no. 😦 )   A faked broken ankle—I’m not taking 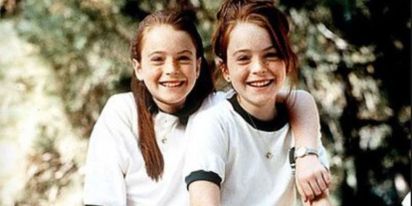 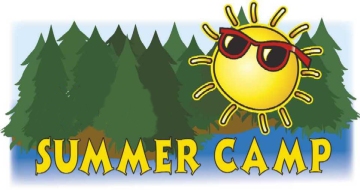 But, BUT!, the stories I accrued from those 3.5 weeks are truly magnificent. Haley, Caroline and I continue to joke about our summer at Shmernwood Shmove. (<– You don’t need Nicolas Cage to figure this National Treasure out.) Reading my camp letters to my boyfriend was one of the funniest nights I’ve had in a long time. I’ll dig them up and share some if anyone wants to read! They’re pitiful.

Also, Haley got a wicked scalp sunburn from her cornrows that summer.