What are the bedtime stories you’ll tell your children? When I was a little girl, every night before I fell asleep, I insisted that one of my parents tell me a story. – Now, as a high maintenance English major, and someone with a great appreciation for oral storytelling, I didn’t want some flimsy re-interpretation of Cinderella. I wanted my dad to tell me about what it was like in “olden days,” when he was a little boy. 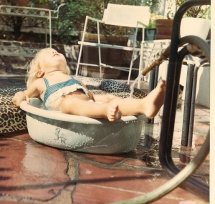 Both my father and mother have a few stories that particularly stuck out to me. Usually, my dad’s involved mischief. For example, digging a hole in his backyard for a pool with his younger sister. (This was intended to be a delightful surprise for his parents, and knowing my grandma, did not go over well…She loves popery, order and stuffed animals.) My mom’s were magical adventure stories about her excursions with a wanderlust-y, mythical woman named Jane. A car stolen by a San Quentin escapee and a giant pink hat. 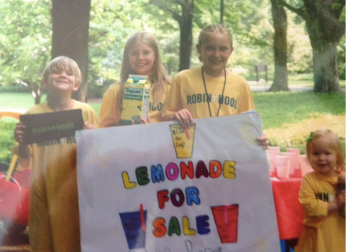 Looking back, I don’t know what stories stand out markedly about my childhood. What will really interest a young audience with tiny ears and hopeful hearts. The interesting thing is: all my stories are not solo escapades. They involve my siblings in some way, shape or form. Nothing particularly interesting, nothing extraordinarily worthwhile, happened without one of my siblings playing a role in the ruckus. It makes me so deeply grateful for them.

One story that I might want to tell? In 2005, or yore, as some folks ‘round here refer to it, Haley, Ryan and I traipsed outside, loaded into our puffy snowsuits with a giant shovel. Whit Whit was sleeping comfortably, as little ones should on trips to the mountains at age two, and my parents were inside watching “The Sting.”

Haley and I thought it might be fun to tap-tap-tap against one of the tree-trunk sized icicles that hung from the house—giving Ryan the honors, probably because in his husky-voiced, tongue-tied, corn-colored hair way, he charmed us. Ryan took a wack at it. Then Haley. Then myself. We were unimpressed as nothing happened, and we started to walk away. Suddenly, the BIGGEST icicle of all, the width of the Greenwich Academy maple tree, crashed through the porch and into the depths below.

Not only had we almost killed ourselves, but we’d destroyed the porch as well! I felt like Hermione. This was definitely an, “Or worse, expelled!” moment.

Rosy-cheeked and invigorated, but also totally terrified, we each decided to pass the icicle’s crash off as a natural phenomenon. Something that had been expected to happen…at some point…

Maybe when I tell my children this there will be some sort of moral at the end, a lesson. Or maybe it will just be a funny, cute near-death story about being siblings and being silly. We shall see. What bedtime stories were you told? Like me, were you interested in “olden days,” or in fairy tales?