I love Harry Potter. I really do. Those books have this calming effect on me that I can’t obtain from anything else. It’s a true immersion into an entirely foreign world, and I am so grateful for J.K. Rowling. Her writing is like the smell of cookies baking– familiar, delicious, hopeful.

In preparation for the recently released “Harry Potter 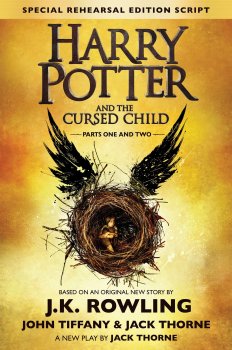 and the Cursed Child” script, I caught up on the sixth and seventh books. I love rereading those two, especially because there’s so much heart in them. Unfortunately, when I came to the end of my reading, I had certainly overhyped the Cursed Child’s potential. Rather than maintaining reasonable expectations, I began to assume that the script would be my Harry Potter fix of the decade. Disregarding the fact that it was a script, and not a novel, I placed a lot of excitement in those unread pages. 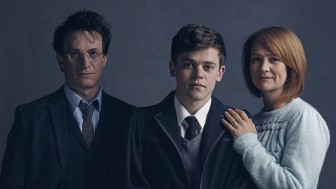 When I started, I instantly knew that this was not the same Potter. It just couldn’t be. The main characters were adults, the villain had been conquered and a new generation was rising up. Rather than reading about Harry, Ron and Hermione as children and teenagers, I was caught up in the bogged down world of adulthood. (It was the equivalent of reading an entire book about the Weasley’s reactions to their children’s escapades. Meaning, the Triwizard Tournament was merely background noise to a life filled with ministerial duties, cooking and garden gnomes.) The adults weren’t part of the action, and the action wasn’t as impressive when quasi-addressed by the grown trio.

I like Harry Potter when he’s young. I’m sure if we met at a dinner party, I’d love to talk to him at any age, but his youth is where the action is. His youth is what makes his fight against Voldemort so incredible, and his selflessness so amazing. At the same time, he’s still a kid trying to woo cute girls, pass Potions and understand himself. Harry Potter, as a developed, responsible adult, is fantastic in theory, but not fun to read about. I’m happy that this fictional hero grows into a great man, but I liked the struggle and the seeking out of growth far more than the stagnancy of middle age. (Just my two cents.)