What I Learned From My Deb Shoot

This past weekend, I flew home to take my debutante photographs. I’m ‘coming out’ in the Winter, and prep time has already begun! A few weeks ago, I met with Grace Kang of Olivine Gabbro to pick out my dress– it’s simple, well-structured and strapless. (A risk that fuels my simultaneous fear of the gym and need for upper arm exercises…) I love the sash, and though you won’t be able to tell in the recent photographs, the crossover in the back is adorable.

Me, on a shoot at The Greenbrier.

With my entourage of three– my Mama, Garrett and Gracie, I headed over to ChiChi Ubina’s for a real, no-bones-about-it, photoshoot. After working on location shoots these past few summers, I figured I’d be comfortable enough. I’d watched models ham it up and smile brightly and naturally, and I figured I could do the same. Right?

Well, as Trump says, “wrong.” (How does his mouth get so thin and vertical?)

It’s exceedingly uncomfortable to pose and appear normal when everyone is focused on you. I swear to you, I haven’t felt so vulnerable in a very long time. It gives me so much respect for models…and the patience of photographers.

So, things I learned? One, posture matters. Push your chest out and hold your shoulders back. It seems unnatural, but it makes all the difference. I felt myself shaking a bit, so I’m definitely going to work on strengthening my back…

Two, you do probably have a ‘good’ side. For most, it’s not the side they part their hair on.

Three, don’t breathe too heavily in a tight dress. You might pop a button. Look:

At the same time, four, try to move freely, if you can. Play music that makes you feel comfortable, flirty, fun. Otherwise, as I was feeling at the very beginning, you’ll appear stiff and scared in photos. 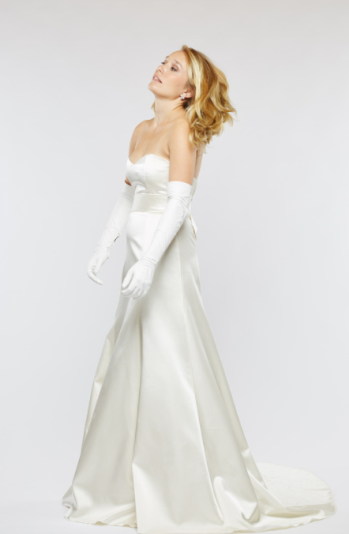 Five, joke around. It captures your more natural smile— in your eyes and your mouth. If I’m too serious, I start to grimace.

Six, I have no idea how not to smile in a photograph. I get super self conscious striking a pose or soft smiling. That’s, again, another thing to work on in the future. Maybe practice in the mirror? After all, if celebrities can do it on the red carpet, while people YELL at them, I bet I can learn how. 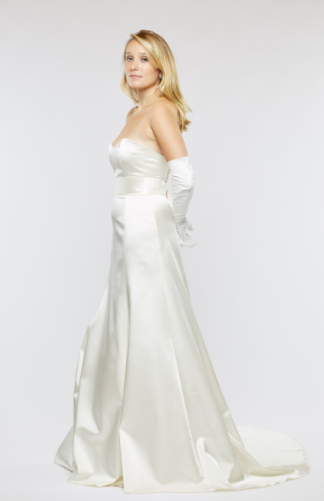 Hostess with the Mostest, Stylin'

There was an error retrieving images from Instagram. An attempt will be remade in a few minutes.