Which British procedural are you?

You know me– I can’t get enough of a good thing, especially British procedurals! What is it about detectives, British accents and requests for tea? I’m really asking. I’d love an answer. I feel like my new daily goal should be to order more tea. If these detectives can fight crime with tea, I can do my work without three cups of coffee.

Setting aside hot beverages for a moment, I find that British procedurals also have

the best writing, character development and cinematography. Who wouldn’t want to watch several hours of enchanting British scenery? Or maybe a day’s worth of Benedict Cumberbatch?
Take my quiz to find out which British procedural detective YOU are. Maybe you’ll learn something new about yourself, and hopefully, you’ll find your new favorite television show!

You have a day off from solving the latest, small town/big city murder mystery. Where do you go?

A. Off to smoke your pipe by the fire!

B. A ride in your Porsche through the British countryside.

C. The local arcade, to play with your favorite kiddos.

E. Wherever your ex-husband is headed next.

People say your best trait is?

B. Your steadiness under pressure.

A. Ham and eggs 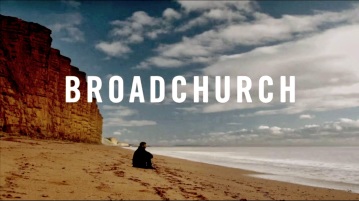 B. Breadsticks and butter

C. The Pointer Sisters’ “Jump (For My Love)”

A partner you work best with is?

B. A bit of a father figure, protective and watchful.

C. Quiet, keeps to self, doesn’t want to establish intimacy, does the job.

Mostly A’s: You’re a dead-ringer for Sherlock Holmes. An edgy loner with a proclivity for classical music and ill-timed honesty. Never fear! The loyal ones will stick around and love you forever. After all, you’ve got gorgeous eyes. (Sherlock Holmes)

Mostly B’s: Welcome to The Tunnel, because you’re about to be spending half your time in France and half your time in England. (Don’t ask. Just watch.) You’re an Elise, somewhat like Sherlock, but with more heart and a conscience. 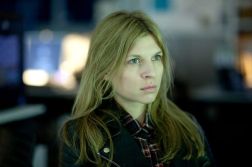 Mostly C’s: Oh my gosh! You got Ellie Miller from Broadchurch! She’s actually the sweetest, most loving, kick-ass chick on television. Just imagine having to solve the murder of your best friend’s son. That takes strength.

Mostly D’s: Meet Rosemary Boxer, a doctorate in plant pathology and a lecturer in applied horticulture. You are steadfastly loyal and incredibly smart. Rosemary is the Hufflepuff of procedural detective television. (Rosemary & Thyme) 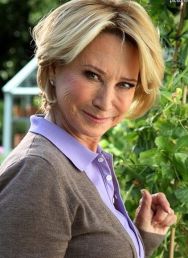 Mostly E’s: Marcella, Marcella, Marcella. What will we do with you? When you’re not stalking former lovers or entering a fugue state, you can be pretty darn lovable in your crewneck sweaters. Be careful not to get caught in the wrong place at the wrong time! (Marcella)